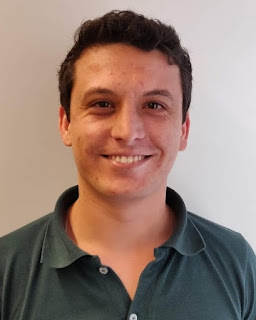 I am Otávio Oliveira, student of the mechatronics engineering course at FACENS University Center, Brazil and participant of the ERASMUS program at the University of Lleida, Spain.
Having the opportunity to work at Liquid Galaxy Lab is a great experience for me. I was able to meet new people and work with something I like, developing and studying prototypes of different projects.
Currently working on the study and development of the smart espadrilles system, the system is based on the implementation of a circuit board in a shoe, this board contains sensors and a microprocessor responsible for collecting various data from the user's walking movement.
Its operation:
The principle of operation of the system is very simple, it consists in the data collection from the sensors. Data is processed and sent via bluetooth connection to the user's smartphone. To receive this data I am developing an Android application that will be used to connect the espadrilles with a cloud server, this application can also be used to verify the data directly on the smartphone.
This application is developed on the free development Thunkable platform, aimed only at Android devices.

In order to facilitate the visualization of the data sent to the cloud server I am also developing an application for Windows operating system, in this application the data will be presented in a graphical interface, which will make the connection to the server where the data will be sent and present them. on different screens. The application follows the image model below and is being developed in Visual Basic.
It has three main screens, namely:

Another project under development is related to P.E.R.A, (Ponent Exploration and Research in Aerospace). This work is focused on the development of a rocket for space exploration.
Initially, as a prototype, we are developing a rocket built with PET bottles that uses pressurized water as the launching fuel. In this project I am responsible for the development of the data collection system and return parachute activation.
Its operation:
Within the rocket structure sensors will be implemented to collect the most diverse data such as pressure, height, temperature, spin, acceleration, time, etc. Some sensor models used are: MPU-6050, BMP-180, MS-5611.
To perform the release of the parachute will be used an Arduino nano plate and a servo motor. After receiving data from all sensors, the Arduino board will monitor the rocket's variation in the direction of movement and, when it begins to fall, will send an electrical signal to the servo motor to release the parachute. 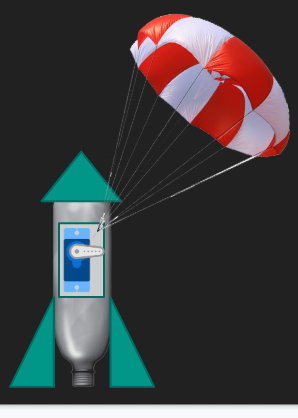 In addition to the projects mentioned, we work as mentors for Google Code-In, a global competition that brings together 13- to 17-year-olds from around the world to perform small tasks focused on open source development and deployment. We evaluate the activities performed by the participants and also guide them in their task development process.
Working on these projects I had the opportunity to exchange experiences with other coworkers and develop new skills in programming and development of embedded systems.
Undoubtedly working at Liquid Galaxy Lab is a very interesting and enjoyable experience. 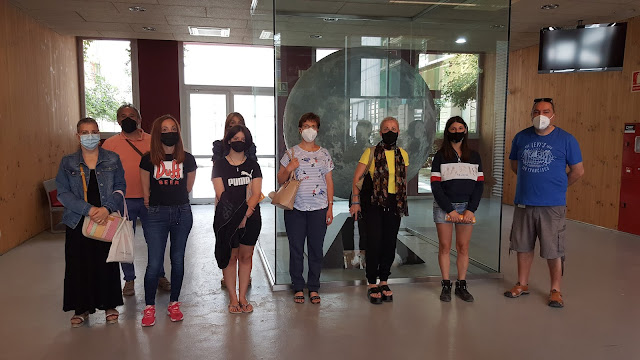 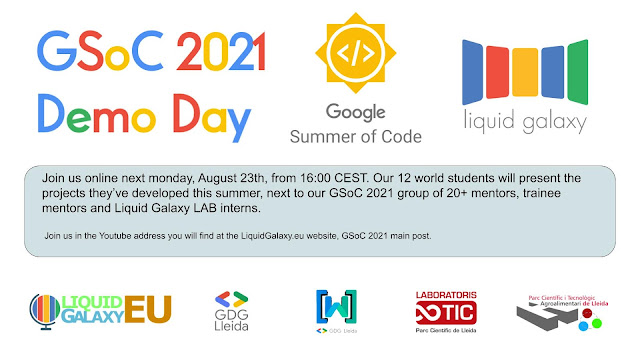